Eric and I grew up in the same area. We attended different elementary schools, but were in the same boundaries for jr. high. While we went to jr. high together and even had a couple classes together, we didn’t officially meet until high school.

Eric had become friends with one of my friends. One summer night Eric and his buddy asked my friend if she wanted to go play Laser Tag with them. She didn’t want to go alone and so she invited me to go with them. After a fun night of Laser Tag and ice cream, Eric and I spent the rest of the night talking. We talked late enough that Eric got grounded and because I was still technically ‘at home’, but not in the house – I got a nice talking to.

We spent the rest of the summer hanging out and eventually became a couple. We dated throughout the next two years of high school. 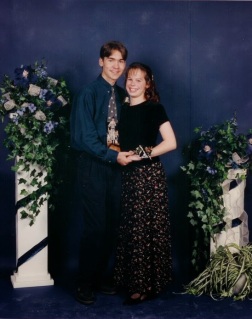 After graduation and in the summer of 1998, Eric proposed atop the Seattle Space Needle. 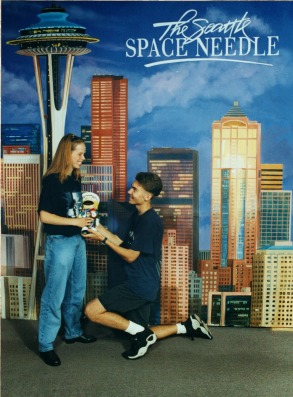 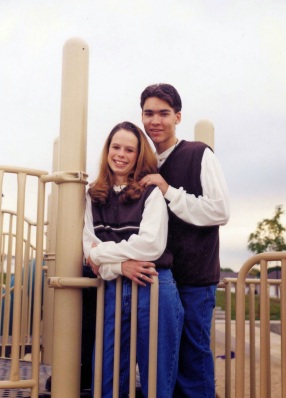 Our first child was born in the summer of 2000 and during the course of the next thirteen years, 5 more would join our family.

Yes, our life is pretty chaotic at times, but it’s also full of fun and laughter. We enjoy being a family and this blog is a journal of our moments together. 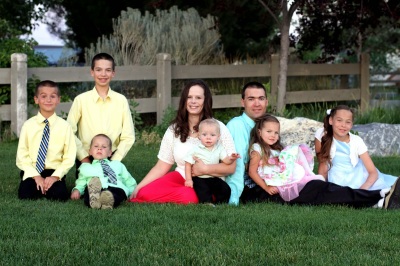 What Can I Help You Find?